The Lee Brandenburg Historical Golf Museum opened in conjunction with Cinnabar Hills Golf Club in August 1998. The museum is located within the clubhouse and can be enjoyed free of admission.

Founder Lee Brandenburg, who was an avid golf collector, accumulated the majority of these museum pieces over the past 60 years. Mr. Brandenburg recently passed away at the age of 87, but his lifelong love for golf is shown throughout the museum.

It is one of the unique golf museums in the world. The golf artifacts on display range from historic books, golf balls, clubs and photographs, to very special pieces, such as President Eisenhower’s Green Augusta National jacket and Walter Hagen’s Ryder Cup Captain’s jacket for his four appearances as playing captain. At that time, they didn't have a captain who didn't play in the event, rather, the captain was designated within the players chosen to participate.

Pictured on the right is Lee holding his marquetry portrait, which was created by Tony Jacklin. Lee and Tony were friends for decades. The picture was featured in the NCGA magazine in the spring of 2012. You can click on the photo to read the article about Lee and the museum. 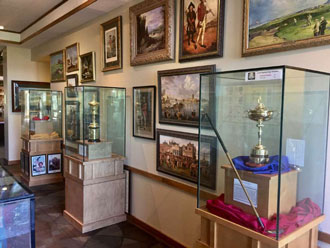 In 2003, Mr. Brandenburg commissioned a silversmith in England to create full-size replicas of the four major championships plus the Ryder Cup Trophy.  In 201o, he acquired the U.S. Amateur trophy to compliment the others.  This museum may be the only place where you can view all six trophies in the same area. Read more here. 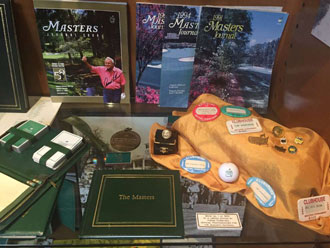 There is a large collection of pieces from both the Augusta National Golf Club and The Masters. As well as President Eisenhower's jacket, there are letters from Ike to the club, a full display of many artifacts, such as pictures, trophies, watches, etc. Hanging in the museum is a clock, which is one of only two produced for the very first Augusta National Invitational. Incorporated into this collection is a special Bobby Jones area containing pictures, original letters to and from Mr. Jones.  Much on display tells the story of how Jones and Mr. Clifford Roberts built Augusta and started the Augusta National Invitational in 1934. Read more here. 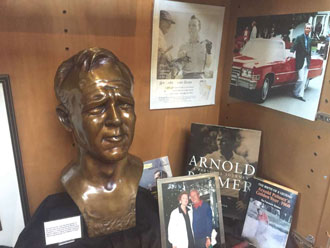 Throughout the museum, there are a number of displays of some of the greats who, in one way or another, have changed the game of golf. Arnold Palmer, Jack Nicklaus, Ben Hogan & Walter Hagen, to mention a few, have separate sections in the museum containing personal memorabilia. The Bobby Jones collection, for example, includes a large selection of items including private letters to the R&A and original typewritten letters announcing the beginning of Augusta National. The Ben Hogan section contains the original contract between Mr. Hogan and Twentieth Century Fox to make the movie, “Follow the Sun” about Mr. Hogan’s life.

To read more about Lee and Diane's personal connections with many of the professional players, please Read more here. 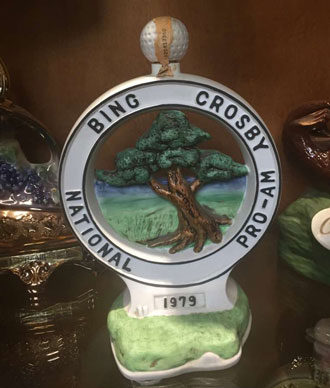 The museum is compiled from so many different areas which Mr. Brandenburg was involved with during his years in and around golf. Some of the displays in the museum are specifically devoted to the PGA Tour and amateur events closest to his heart. The Ben Crosby/AT&T National Pebble Beach Pro-Am and the Bob Hope Invitational are two of his favorite events. Within the Crosby/AT&T display are programs dating back to the original Crosby event, which was held in Southern California. The Waterford Crystal Trophy, presented to the AT&T champion each year, is also included.

Another extremely rare collection included is the entire compilation of Jim Beam decanters. These were given out to the amateurs of the Bing Crosby event as tee prizes. The museum is worth a visit solely to see these on display. 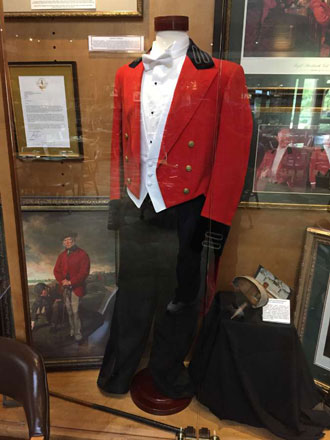 Whether it’s clubs, balls, books, trophies or just older interesting golf accessories, the museum allows you to see golf’s history and how the game has developed from when it began in Scotland to now.  You can see items like a rut iron, a vented steel shaft wedge, a box of Penfold British golf balls, an 1894 golf club membership voting box, and a number of additional historical pieces.  There is a special Royal Blackheath Captain's Tailcoat on display, specially delivered from Scotland. These coats typically are not allowed to leave the club.

To read more about these items, please Read more here.

If you'd like to learn more about the museum, host a special function in it, or have some golf artifacts that you are interested in having us evaluate, please email John Schiro at  shyrow@rocketmail.com.

Enjoy this interview with Mr. Brandenburg, interviewed by John Schiro. There is a personal connection between Lee and almost every item in the museum, and the stories are endless. Together, Lee and John discuss Lee's passion for golf and collecting memorabilia for the museum. The interview is followed with an exclusive tour of Brandenburg Historical Golf Museum, given Mr. Brandenburg and Mr. Schiro.

Just press the Sign Up button and complete the following form if you would like to be on the Cinnabar Hills email list to receive notices of special offers and events.